What Is the Difference Between Dementia and Alzheimer's? 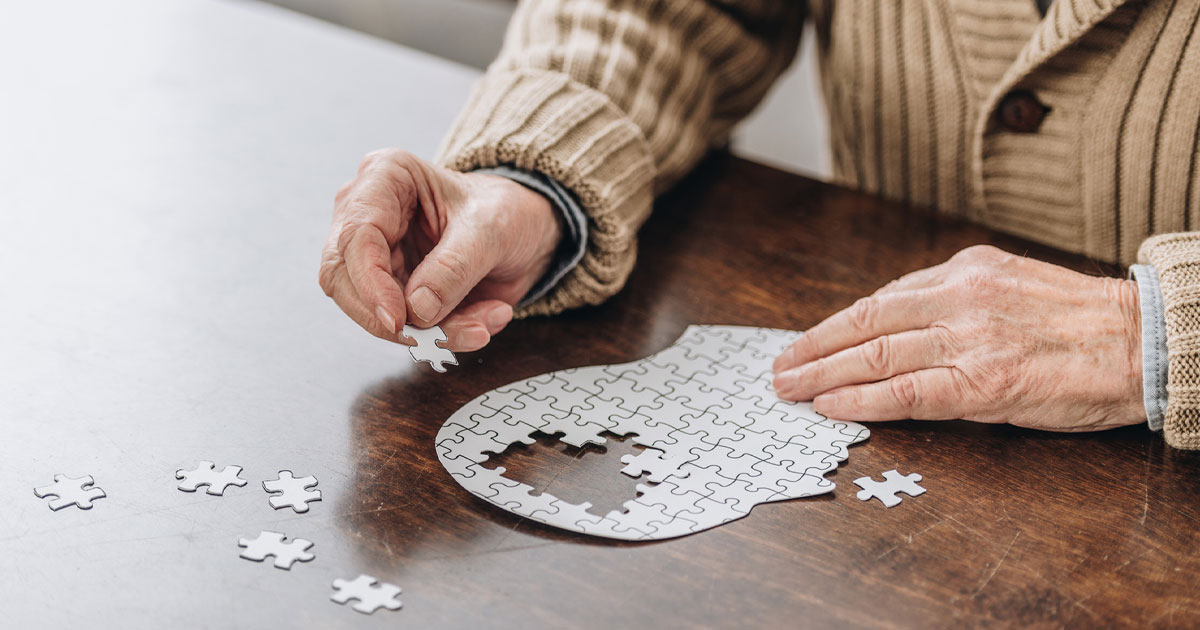 Most people are able to go well into old age without experiencing significant decline in memory or other cognitive functions. But trouble with memory, critical thinking skills, and other aspects of daily life are a reality for many people over the age of 60. Some of this is indeed natural. But as various symptoms begin to add up, it is worth seeking medical advice to find out whether or not dementia or Alzheimer's disease might be at play.

Symptoms of dementia go beyond minor inconveniences — as they progress, they interfere more and more with day-to-day activities and undermine quality of life. There are many different dementia symptoms that indicate a range of possible conditions, from those affecting brain cells to those involving an excess of spinal fluid in the brain.

Many of these conditions are progressive, but some can be managed. Knowing the early warning signs can help you be prepared if medical care becomes necessary. Here is what you need to know about dementia vs. Alzheimer's disease and other forms of cognitive decline.

Dementia is an umbrella term for a group of symptoms associated with a decline in memory and thinking, whereas Alzheimer's disease (discussed in detail below) is a specific form of dementia. According to Mayo Clinic, symptoms of dementia can include both cognitive and psychological changes:

Of course, the mere presence of one of these symptoms does not necessarily mean that someone is developing dementia. However, presenting multiple symptoms of dementia is a good indicator that someone should talk to a doctor about what they are experiencing.

When nerve cells in the brain are lost or damaged, it is more difficult for the appropriate neural connections to support normal cognitive functioning — and this general decline is known as "dementia". There are many ways to develop damaged or disrupted nerve cells, often grouped by what they have in common. Causes of dementia can include:

There are also certain risk factors that can lead to dementia, including age, family history, and Down's syndrome. A history of head trauma is also a common cause of dementia. There are many different types of dementia, and their differences usually depend on which part of the brain they are affecting. 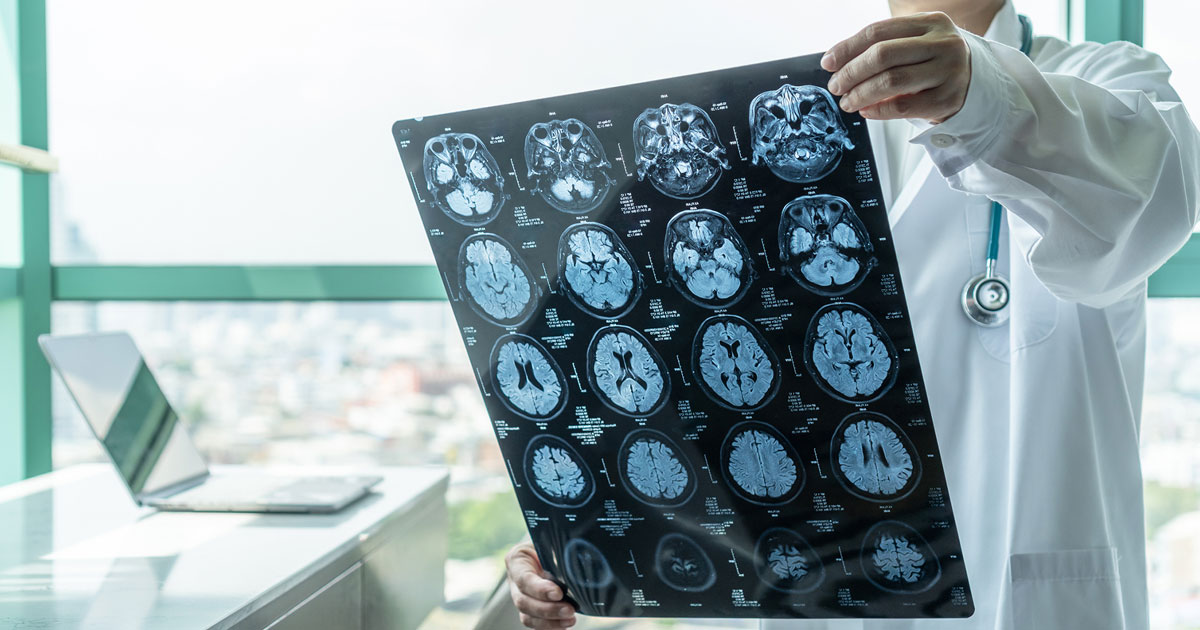 Vascular dementia: This common form of dementia occurs when there is too little blood going to a person's brain — often caused by damage to blood vessels or blockages that lead to minor strokes or brain bleeds. Different symptoms appear depending on which part of the brain is affected. Vascular dementia is present in 10% of people with dementia.

Dementia with Lewy bodies: Lewy bodies are clumps of proteins in the cortex of the brain. Early symptoms are problems with attention, hallucinations, and unbalanced movements. Memory loss tends to develop later.

Frontotemporal dementia: Symptoms of FTD usually appear after age 60 and involve the loss of nerve cells in the front and sides of the brain. It can lead to difficulty with language in addition to personality and behavior changes.

Cruetzfeldt-Jakob disease: This is a rare type of dementia that leads to a rapid decline in cognitive functioning. Caused by the abnormal folding of proteins called "prions," CJD can lead to confusion, mood changes, twitchy movement, and difficulty with walking.

Huntington's disease: A hereditary type of dementia, Huntington's begins to present symptoms between ages 30 and 50. Affecting the central area of the brain that controls thinking, movement, and showing emotion, Huntington's causes difficulty with memory, planning, judgement, reasoning, and planning. An early sign is the uncontrollable movement of extremities and the upper body.

Mixed dementia: When the cause of dementia comes from multiple sources — for example, having vascular dementia and Alzheimer's disease at the same time — the condition is referred to as mixed dementia.

Alzheimer's disease is just one type of dementia. In fact, it is the most common cause of dementia, accounting for up to 70% of all cases. Alzheimer's is a disease that occurs when protein deposits form disruptive structures in the brain, which cuts off connections between cells and causes them to die. Brain shrinkage is also common in advanced cases.

Symptoms of Alzheimer's include:

While it is impossible to know for certain whether or not a person is experiencing Alzheimer's disease while they are alive, autopsies show that doctors correctly diagnose the condition with up to 90% accuracy. 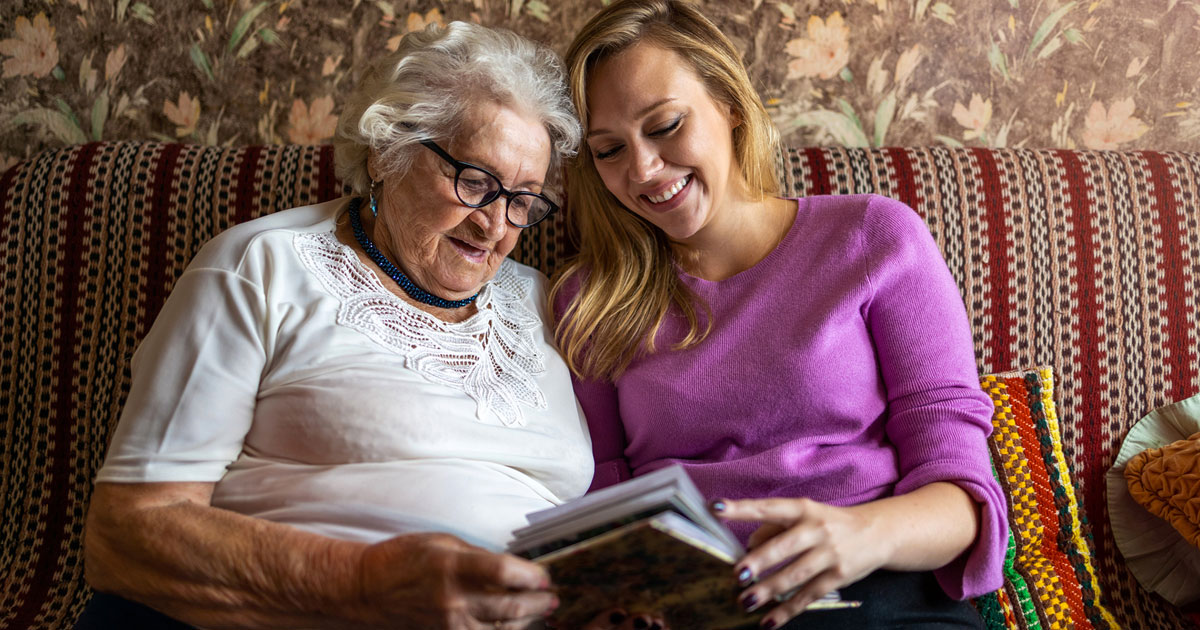 Getting Help With Dementia and Alzheimer's

There is no known cure for most types of dementia, but treating the set of symptoms can improve quality of life. Doctors can prescribe antipsychotics and medications for sleep changes, depression, and memory loss. People with dementia can also practice at-home remedies to boost overall brain health. Dieting and exercise can help, as with vitamin supplements and cutting back on smoking or drinking (if applicable). Environmental factors like air pollution can also play a role, so avoiding these types of spaces can also help to mitigate the progression of dementia.

Some dementia cases can actually be reversed. If the dementia is caused by a curable disease or infection, then treating the source can lead to a return to normal cognitive functioning. The same can be said for dementia caused by problems with metabolism, endocrine, nutrition, medication, and other non-permanent issues.

The unfortunate reality is that most forms of dementia — like Alzheimer's disease — have no cure and can lead to significant challenges, and even death. But some types can be fully eradicated and others can be managed with a treatment program targeting the symptoms.

Nursing homes or home health care can be very helpful to families who require medical advice and support when managing the effects of dementia. Keystone Health has been providing house calls to patients in the greater Boise area to help aging people maintain their quality of life. Learn more about our dementia care services and how we can help manage the health care needs of your family.