COPD Care for the Elderly 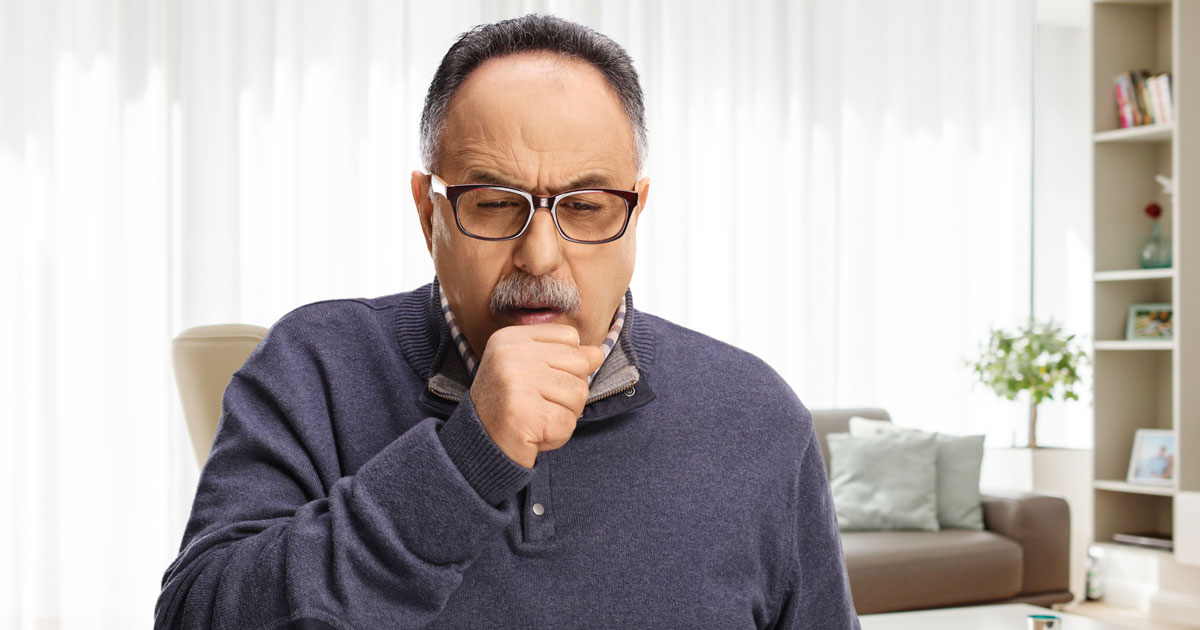 While there are many issues that come naturally with age, lung disease is not something that is considered a standard part of life. That said, chronic obstructive pulmonary disease, often referred to as COPD, is relatively common in the geriatric population. Chronic obstructive pulmonary disease is used to refer to a group of lung diseases, the most common being emphysema, chronic bronchitis, and refractory asthma.

As with many diseases, seniors over the age of 65 are at a greater risk for developing a form of chronic obstructive pulmonary disease. Others who are at higher risk are people assigned female at birth, people who had multiple respiratory infections in childhood, people with an alpha-1 antitrypsin deficiency, and people who have been exposed to air pollution (chemicals, dust, fumes).

As COPD impacts the lungs, the most obvious sign of pulmonary disease is difficulty breathing. This difficulty can increase over time as the condition worsens if treatment is not received.

Earlier COPD symptoms are often mild and can be confused with less serious colds. These can include recurring cough, shortness of breath after exercise, regularly needing to clear the throat, and subconscious behavioral changes to avoid losing breath such as exercising less often or using stairs less.

As the condition gets worse, symptoms are not as easy to ignore and certainly will not seem like a simple cold. The shortness of breath seen after exercising may become common from minor activities like walking uphill or going up a single flight of stairs. Breathing can become noisier, and those with COPD may begin to wheeze while exhaling.

Chest tightness and recurrent coughing and throat clearing are common as well in this stage of the disease. Those suffering these symptoms may also be more susceptible to colds and flu.

The later stages of chronic obstructive pulmonary disease may see the patient exhibiting symptoms of fatigue, weight loss, and swelling of the feet and ankles. All of these symptoms are especially bad if the patient is an active smoker or is regularly exposed to secondhand smoke or other fumes. 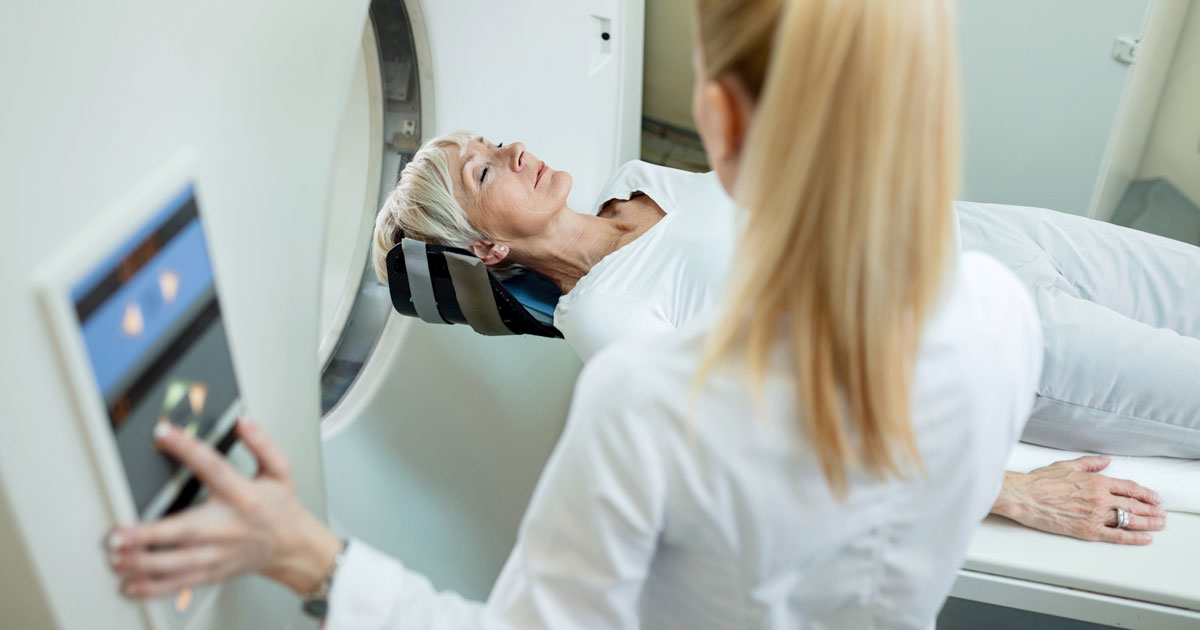 Due to how common the symptoms of COPD are, COPD is easily misdiagnosed, especially in the early stages of disease. To diagnose the condition, a doctor will generally review family and medical history, discuss symptoms, and ask about any exposure to smoking or other irritants. If the doctor believes the information points to COPD, there are several tests they may order to diagnose COPD.

One common test to diagnose or rule out COPD is a chest X-ray. This can show if a patient has emphysema, one of the most common diseases that fall under COPD. A CT scan can also be ordered on the lungs and can detect emphysema and lung cancers.

Lung function tests are another common test to order when diagnosing pulmonary diseases. Pulmonary function tests measure the quantity of air inhaled and exhaled to see how much oxygen the lungs are delivering to the patient’s blood. One lung function test, a spirometry, has a patient blow into a tube and measures how fast the air is blown as well as the overall capacity of the lungs.

Treadmill tests and pulse oximetry are other lung function tests that a doctor may order. Similarly to some of the pulmonary function tests, an arterial blood gas analysis can also help to determine how well a patient’s lungs are doing at providing oxygen to the blood and filtering out carbon dioxide.

Other lab tests that do not directly scan for disease can still be helpful in ruling out other causes of symptoms or tracking down genetic disorders that can lead to COPD such as an alpha-1-antitrypsin deficiency. 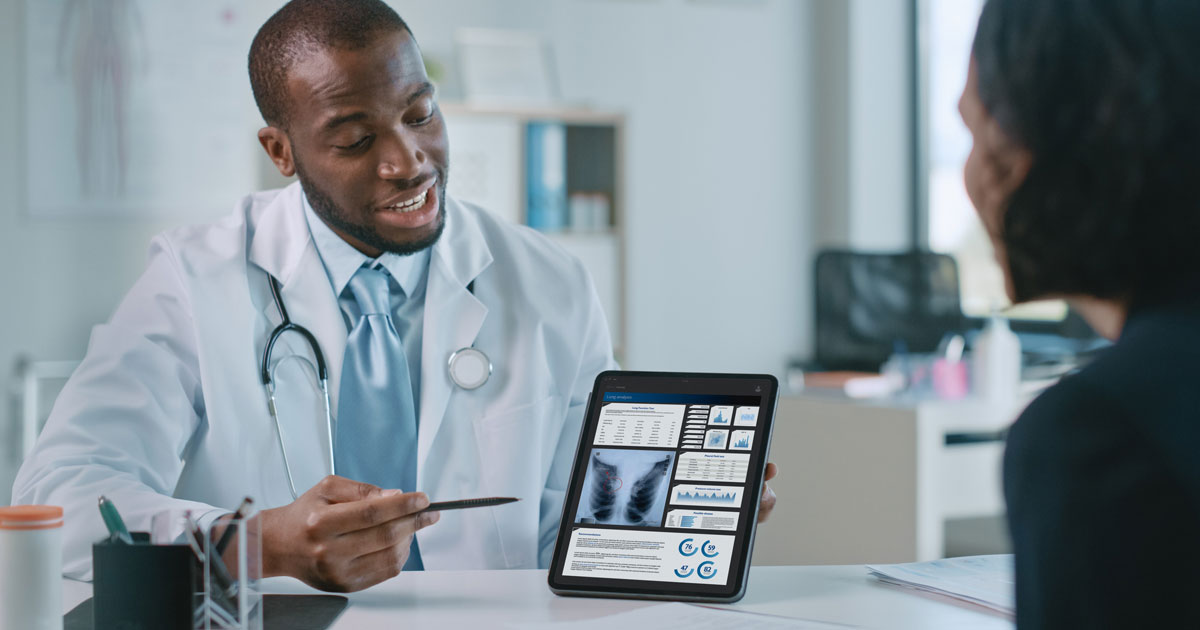 There is no cure for COPD, but most mild forms of COPD require little in terms of treatment apart from quitting smoking. With more advanced COPD, there are therapies and treatments available to slow the progression of the disease, ease symptoms, and improve the patients’ overall quality of life.

While some forms of COPD will be much easier to deal with after quitting smoking, that does not always mean that the solution is easy. Doctors can work with patients to provide nicotine replacements or medications to help quit smoking, as well as procedures to deal with potential relapses. Aside from the quitting itself, a doctor will also recommend the patient to avoid secondhand smoke and fumes whenever possible.

There are several kinds of medications that doctors may prescribe to treat the symptoms of COPD.

Several medications for COPD are prescribed through inhalers. Bronchodilators, for example, are usually provided in inhalers, and relax the muscles surrounding the airways. Bronchodilators help ease coughing and relieve shortness of breath, and can serve short-acting or long-acting functions.

Steroids are another type of medication often taken by inhaler. Corticosteroid medications can reduce inflammation in the lungs and airways, though they can have side effects of bruising and infections. In some cases, inhalers may be filled with a combination of bronchodilators and steroids for more severe COPD.

Some patients experience phases or periods where their COPD is especially worse or exacerbated. In these cases, short courses of oral steroids can help significantly. That said, these oral corticosteroids should not be used long term, as they can cause severe side effects including diabetes, osteoporosis, cataracts, and increased risk of infection.

Other oral medications used for severe COPD and chronic bronchitis are phosphodiesterase-4 inhibitors, which can decrease airway inflammation with relatively minor side effects (diarrhea and weight loss). Theophylline is an option when other treatments have not been effective, as it helps to improve breathing and prevent more severe symptoms of COPD.

Certain therapies can help to treat moderate and severe chronic obstructive pulmonary disease. Oxygen therapy, for example, can help to supply additional oxygen to the blood using oxygen delivery devices, which oftentimes are portable and lightweight for convenience. Supplemental oxygen can be provided during activities, during sleep, or during both depending on the needs of the patient. Oxygen therapy has been shown to extend life and improve the quality of life for those with COPD.

Noninvasive ventilation therapy can also provide benefits such as decreasing the amount of carbon dioxide retained by the body using devices such as a bilevel positive airway pressure (BiPAP).

Other therapies are similar to physical rehabilitation, and involve exercise, nutritional advice, and personal counseling for patients to tailor a pulmonary rehabilitation plan for the individual.

For patients with severe forms of chronic obstructive lung disease which are not being helped by COPD medications and other treatments, surgery may be necessary.

Lung volume reduction surgery is an option in which a surgeon removes small pieces of damaged lung tissue to allow the healthy lung tissues more space to expand. Another such option, endoscopic lung volume reduction surgery, is very similar but less invasive. Instead of removing damaged lung tissues, a surgeon places a one-way endobronchial valve into the damaged lobe, allowing the damaged sections to shrink and provide more space for the healthy sections to expand.

Bullectomy is another surgical option that can be helpful to some patients with COPD. In some cases of COPD, the breathing difficulties are caused by bullae, tiny air sacs which form in the lungs when alveoli are destroyed or damaged. Doctors can potentially remove the bullae from the lungs, which will increase airflow.

A more drastic option, usually a last resort, is a lung transplant. Some patients may meet the strict criteria for lung transplantation, and the surgery can help improve breathing and allow a patient to be more active. With that in mind, organ transplants come with serious risks such as organ rejection and require a patient to be on a strict life-long immunosuppression regimen.

While not a treatment, one of the best ways that a patient can improve their own quality of life is by avoiding things which may trigger symptoms of COPD. As mentioned above, the number one thing to avoid is cigarette smoking and second-hand smoke.

Avoiding risks of illnesses by avoiding large crowds and getting yearly flu shots can also be helpful in avoiding exacerbated symptoms. Maintaining healthy habits like getting enough sleep, keeping a healthy diet, staying hydrated, and regular hand washing can make big differences in the quality of life of a patient.

Keystone Health provides geriatric medical care for patients in Idaho, providing primary care options and in-home visits and physical therapy. For more information on how Keystone can help you or your loved one, click here.